I am not sure if this community is still active, or if X-Men Movieverse fandom is active anymore, but I have been on a writing jag lately and wanted to share.

Title: The Wily Odysseus
Author: Rachel_Martin64
Pairings: Jean Grey/Scott Summers; Jean Grey/Logan; Rogue/Scott Summers; Logan/Rogue; Ororo Munroe & Scott Summers; Emma Frost/Warren Worthington III; Emma Frost & Scott Summers; Bobby Drake & Scott Summers
Characters: Scott Summers, Logan, Jean Grey, Rogue, Ororo Munroe, Warren Worthington III, Bobby Drake, Charles Xavier, Emma Frost, Jean Grey as the Phoenix
Overall Rating: Mature
Word Count: 20,000 (12 chapters)
This story is not finished.
Warnings: Sexist language
Summary: All outcomes are acceptable. After Liberty Island, a machiavellian and possibly insane Scott solves his Logan problem for once and for all. This is X1, and immediately after X1, with many references to the later movies. There’s a lot of worldbuilding in this story -- my ideas of how the school and team operate and how the residents of the mansion interact with each other.

Title: Face/Off
Featuring: Bobby/John
Genre: ambiguously gen/pre-slash
Rating: PG
Word Count: ~670
Spoilers: through X2
Summary: The moment they see each other on what is rapidly becoming a battlefield, everything – stops.
Notes: The bones of this may have been the first Bobby/John fic I wrote way back when. Apparently, 11 years later I've lost my inhibitions? 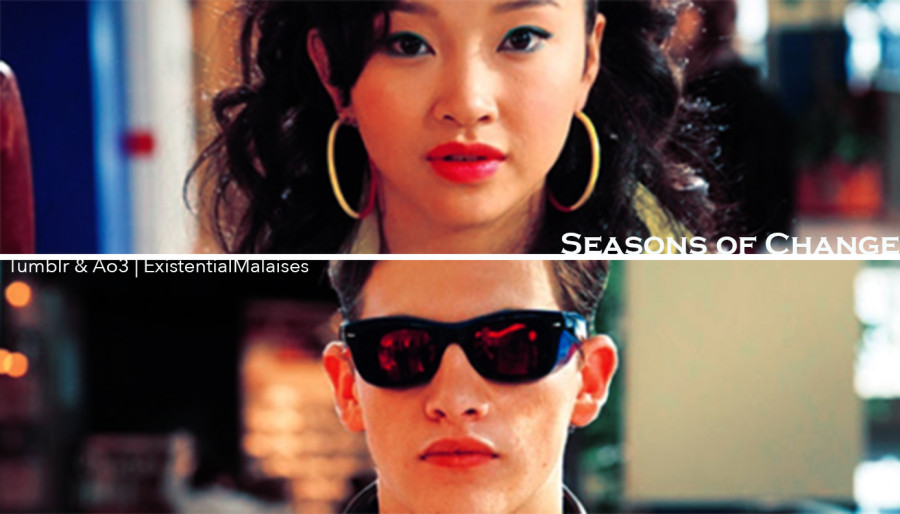 “… She tries to discern the faces of the ones she will soon battle, when she spots that familiar yellow jacket. It has always been her trademark. Then it only takes a couple of seconds before she also notices him. The glint of his visor is almost blinding to her sight and it makes her heart beat faster. Hovering above her former best friend and high school sweetheart brings back more memories than she could have possibly imagined. The familiarity of their faces makes her wonder whether their hearts sometimes ache for a time when circumstances were simpler, when life was easier and their bonds were still strong…”

A retrospective look at how meaningful relationships were formed, then grew deep, and eventually fell to pieces.

by Meredith Bronwen Mallory (garnettrees)
Rating: Mature
Disclaimer: X-Men, all associated characters and imagery are all property of Marvel Comics. I make no money by writing this, and intend no disrespect.
Trigger Warnings: Past substance abuse, and hopefully compassionate references to recovery from said. PAWS (post acute withdrawal syndrome), night-terrors, and brief suicidal ideation. Mentions of PTSD, both in canon timeline and outside of it. Dark humor; some cynical religious references. Period-appropriate homophobia.
Additional Warnings (enticements?): Inter-dimensional romance, comics-level quantum physics, pseudo-science, doubles, time travel, Erik never learned to share. Even with himself. X_x
Summary: Erik Lehnsherr has enough on his plate without delving into the supernatural or metaphysical. Two years after the injury that forced him out of the Army, he's still struggling with psychological and physical aspects of recovery. The strange dreams that comforted him in the hospital, however, have begun to take an alarming turn. He can not longer resist the draw towards a little town called Westchester, and the tantalizing possibility that Charles might be real.

Whatever it may cost him.

Title: The Sword in “The Stone”.
Author: Prochytes.
Fandom: X-Men (movie-verse, new time-line).
Rating: PG-13. Angst, with references to racism and substance abuse.
Characters/Pairing: Psylocke, Raven Darkholme, Brian Braddock.
Disclaimer: All Marvel’s – not mine.
Summary: When the errant Horsewoman is finally tracked down, it isn’t where most people would have thought to find her.
Word Count: 3689.
A/N: Spoilers for “X-Men: Apocalypse”.


Rain had surprised the pedestrians of East London.

Title: Peaceable Kingdom 1/1
by Meredith Bronwen Mallory (garnettrees)
Rating: PG-13
Disclaimer: X-Men, all associated characters and imagery are all property of Marvel Comics. I make no money by writing this, and intend no disrespect.
Trigger Warnings: Vague Holocaust references, brief period-appropriate racism regarding Romani in Poland, possible abuse of parentheticals.

Summary: "Give him to me," En Sabah Nur intones-- cool, patient, thick in eternity. "This one last loved thing. Surely, if you loved them then this telepath is a small thing to ask. Let go of it, sacrifice it, and all the pain will stop."

An expansion on the scene just prior Charles' abduction in XMA. Erik's most dire choices are motivated by a depth of love, not cruelty. En Sabah Nur knows just how to exploit this to obtain that which will make him truly all-powerful.

Title: An alternate universe in 19 scenes: Days of Futures Past edition
Author: mayachain
POV Characters: Bobby, Jubilee, Kitty, Siryn, Scott, Ororo, Logan, St. John, Erik, Charles, Mystique, Hank, Alex, Stryker
Genre: mostly gen
Rating: PG-13
Word Count: 2273
Spoilers: through DoFP
Summary: In an alternate timeline, one of Stryker's soldiers kidnapped St John during the X2-raid. The family his little group of imprisoned x-kids made impacts the events of "Days of Futures Past" accordingly.
Notes: Previous parts of this AU are here. I've been writing this on an off since DoFP came out and... nearly made it before the release of the new movie?

Title: Underneath Your Tide 5/?
by Meredith Bronwen Mallory (garnettrees)
Rating: NC-17. I'm serious.
Disclaimer: X-Men, all associated characters and imagery are all property of Marvel Comics. I make no money by writing this, and intend no disrespect.
Trigger Warnings: Abduction/kidnapping, mind control, light D/s, sub!Erik, dub con, captivity, non-pairing character death, drugging. And the kitchen sink.
Additional Warnings: (is is that enticements?) dark!Charles, Beach AU, service submission, fluffy D/s, feeding kink, collaring, mind fuckery like whoa.
Summary: Sequel to Night Ocean. A year after the altercation on the beach-- subsequent capture by his supposedly-pacifist best friend-- Erik waits for Charles to come home from a scientific conference. On the outside, they are two like-minded individuals building a school for their kind.

Title: And Shame The Devil 3/?
by Meredith Bronwen Mallory (garnettrees)
Rating: NC-17.
Disclaimer: X-Men, all associated characters and imagery are all property of Marvel Comics. I make no money by writing this, and intend no disrespect.
Summary: After Charles' strange pardon in D.C., Magneto's primary goal is to lie low and educate himself on the political changes during the time he lost. But no man endures a decade of confinement without side-effects, and Erik is not prepared to handle his own reactions, nor can he fathom Charles' intentions when the telepath summons him back to the only place he has ever been tempted to call home.
(Or, two men both bloody-minded and still in love, and an talk-- among other things-- ten years delayed.)

Quick Note: I've revised the summary a little bit in hopes of giving a better idea of what the story is about. I also tend to err on the side of caution for trigger warnings, but I do want to clarify a bit. The dub-con in this story is not as serious as that in 'Night Ocean', and it definitely segues from a high-handed way of making a point to consensual dynamic sex. Additional Warnings(/Enticements?): Service!Top, feeding, grooming, dom/sub behavior, emotional manipulation, Erik's fantasies, Erik's Logic[™], oral sex, nipple play, and much more to come. (You know, that kitchen sink. ^_~)